Pons in latin, refers to a “bridge”. Pons varolli is a part of brain-stem, that links thalamus with medulla oblongata. The cross-section of pons is similar to the midbrain as described earlier but few things must be kept in mind:

Earlier, we imagined transverse section of the midbrain as an inverted striped face of red-eyed demon. Similary, we will use the analogy of an “inverted face of a human” to draw the cross-section of pons. 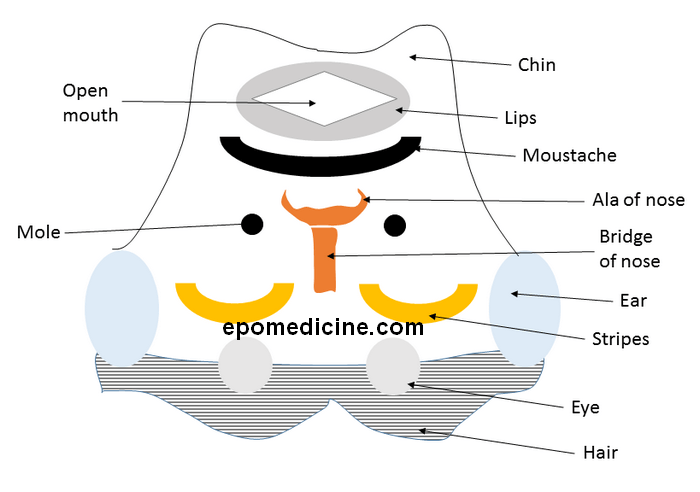 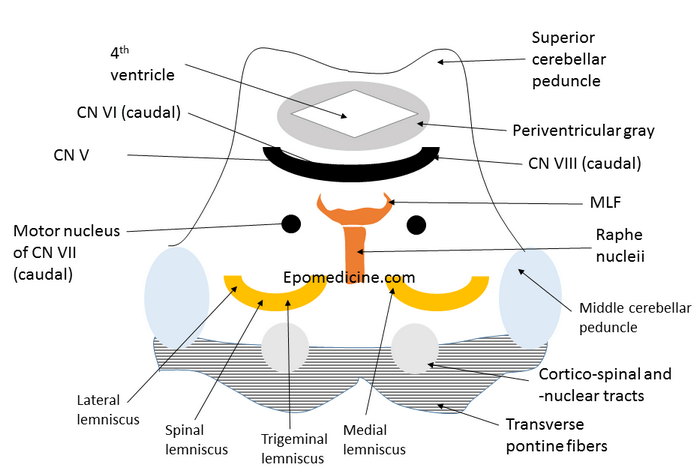 You can compare with your own face to learn the pons. Wasn’t that easy? Leave comments below 🙂 .

4 Viewpoints 💬 on “How to Draw Pons Cross-section ?”