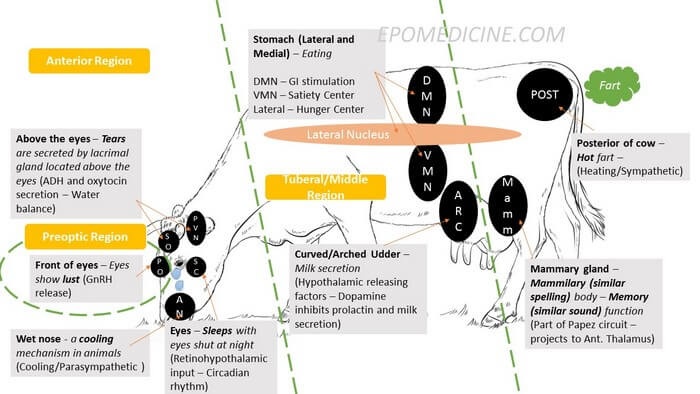 11 Viewpoints 💬 on “Nuclei of Hypothalamus – Mnemonic”