Limbic system is complex both structurally and functionally. It is located on either side of the thalamus, immediately below the cerebrum and consists of both the grey mater and white mater. Let us simplify the structure of limbic system: 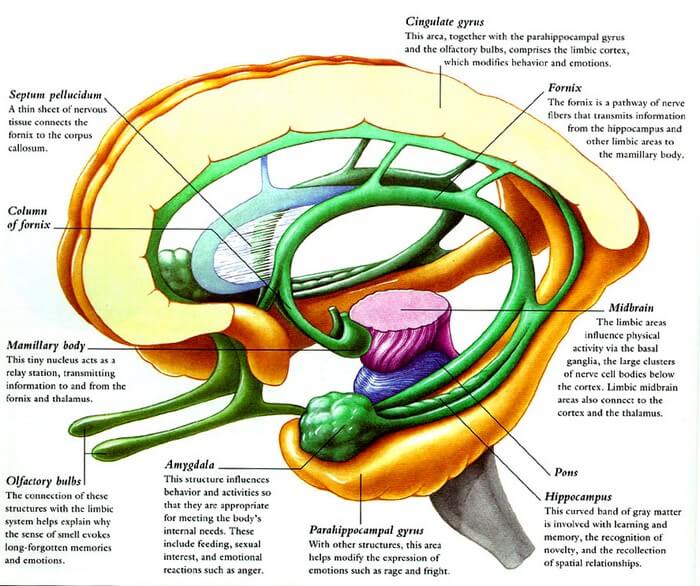 I will provide you with a visual mnemonic to help you build limbic system in your mind and also easily remember it. Try drawing it on a piece of paper without looking after going through it. This will help you to understand the orientation of the limbic system in human brain. 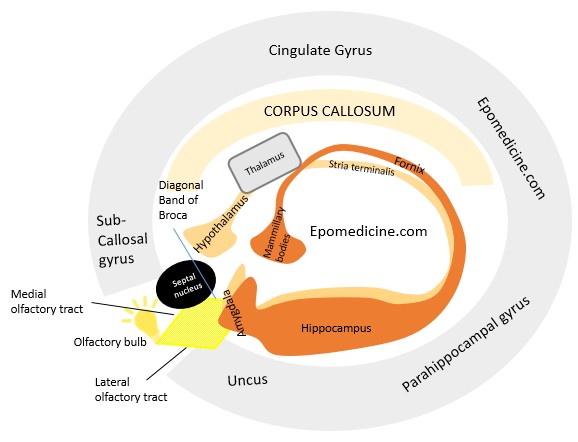 We have skipped unnecessary structures in this diagram. Now, we will discuss the pathways of limbic system in concise, eliminating unnecessary details. 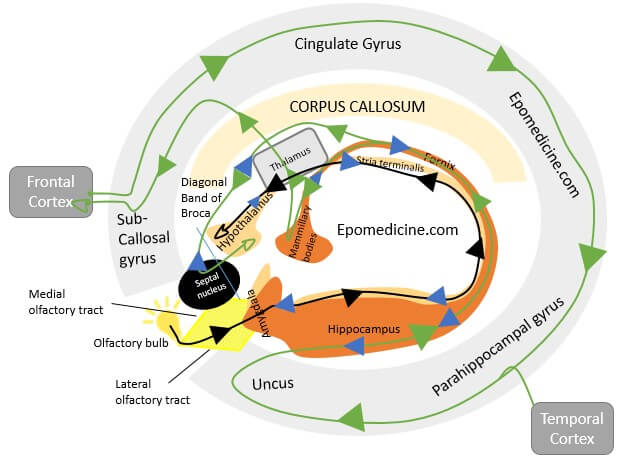 Most conspicuous are the reciprocal connections with hypothalamus.

Limbic system communicates with neocortex by the way of Frontal and Temporal regions.

Functions of Limbic System and Structures

Hypothalamic nuclei and their function

Cause: Thiamine (Vitamin B1) deficiency

The involved structures are: