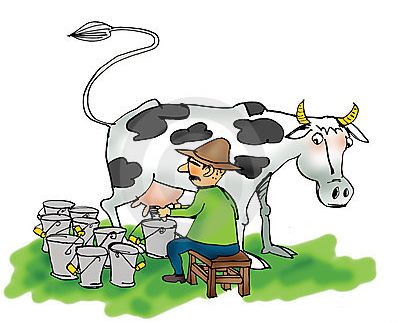 Milk maids grip is appreciated as an alternating squeezing and releasing of the finger like a milking motion, when asked to maintain a constant, firm grip of examiner’s fingers. This may reflect a combination of Chorea and Motor impersistence.1A Dictionary of Neurological Signs By A.J. Larner

Other Examples of Motor Impersistence

Chorea doesn’t usually interfere with voluntary movements until it is severe. Rather than disrupting a voluntary task, it appears as if fragments of movements intrude; in some cases there is loss of motor tone, known as “motor impersistence”, which appears due to lapses in the ability to perform desired action.2Neurologic Differential Diagnosis: A Case-Based Approach edited by Alan B. Ettinger, Deborah M. Weisbrot

It is most commonly seen with lesions affecting the right hemisphere, especially central and frontal mesial regions. It is most often observed following vascular events but may also be seen in Alzheimer’s disease, frontal lobe dementia, and metabolic encephalopathies.3A dictionary of clinical neurological signs by A.J.Larner

Other hand signs in Sydenham’s or Rheumatic Chorea

1. Pronator sign: The patient is asked to hold outstretched hands above his head, the choretic patient tends to pronate his forearms.

2. Handwriting: Deterioration of handwriting; prognosis can be assessed by noting the improvement in the handwriting.

3. Choreic hands: Wrist is flexed and metacarpal joints are overextended.4Clinical Methods in Pediatrics by ML Kulkarni

For details about neurophysiology and neuropathology of basal ganglia, read here.

Aid for Diagnosis of Etiology of Chorea

5. Thyrotoxicosis: Tremor, tachycardia, lidlag and goitre (may be present)