A 38 year old female came with: 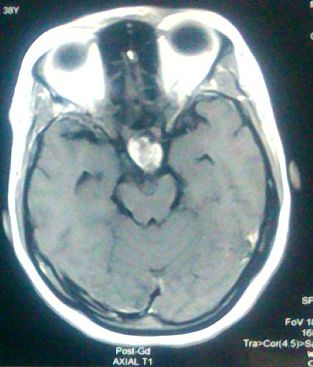 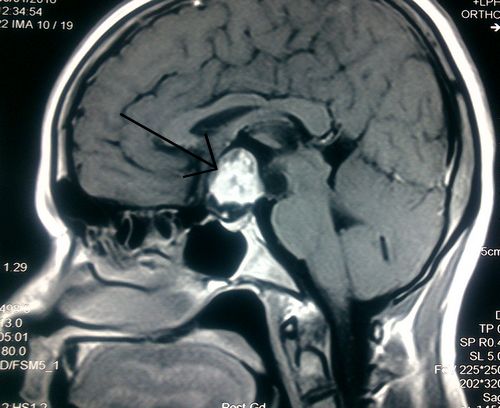 Craniotomy and complete excision was done.

The two common sellar and parasellar tumors are pituitary adenoma and craniopharyngioma.

Thought to arise from embryological remnants of the craniopharyngeal duct, these benign non-glial epithelial neoplasms with solid, cystic, and calcified components can arise anywhere along an axis from the third ventricle to the pituitary gland. Around 95% of these have a suprasellar component (20-40% are purely suprasellar, 50-75% have both supra- and intra-sellar components and only about 5% are purely intrasellar). Occasionally, a suprasellar tumor extends into the anterior (9%), middle (8%), or posterior (12%) fossa. Other rare locations include the nasopharynx, paranasal area, sphenoid bone, ethmoid sinus, intrachiasmatic area, temporal lobe, pineal gland, posterior cranial fossa, cerebellopontine angle, midportion of the midbrain, or completely within the third ventricle. Common findings include headache, vision loss, diabetes insipidus, panhypopituitarism, short stature, hypothalamic dysfunction with behavioral and memory disturbances, hyperphagia, and obesity. The unfavorable prognostic factors are age of patient under 5 years, tumor size >5 cm and hydrocephalus.

3 major clinical syndromes based on location of craniopharyngiomas:

Radiologically, calcifications are most readily detected by computed tomography. When imaged by magnetic resonance scanning, craniopharyngioma has a solid component as well as a cystic or a multicystic component with intermediate fluid density.

If the tumor is favorably localized, the therapy of choice is complete resection, with care taken to preserve optical and hypothalamic functions. In patients with unfavorable tumor localization (ie, hypothalamic involvement), recommended therapy is a limited hypothalamus-sparing surgical strategy followed by local irradiation.

Explanation of the clinical presentation in the case above

Endocrine manifestations are the result of compression of pituitary stalk or pituitary gland resulting in a state of hypopituitarism. 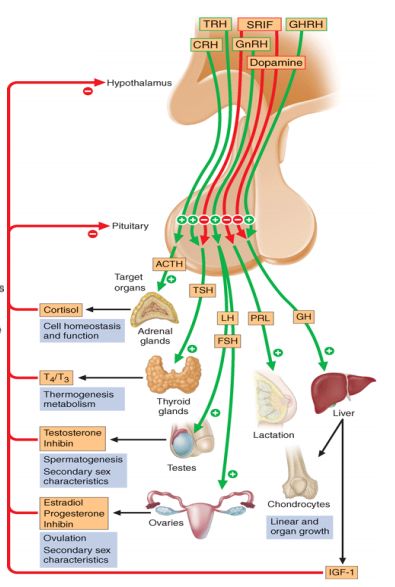 Central diabetes insipidus (DI) is known to occur preoperatively in 8-35%, and postoperatively in 70-90% of patients with a craniopharyngioma. Extensive damage to magnocellular cells of the hypothalamus (supraoptic and paraventricular nuclei) leads to permanent DI, especially if the pituitary stalk section is in proximity to or directly involves the median eminence. The classical triphasic response starts with a transient DI due to AVP deficiency, followed by the syndrome of inappropriate antidiuretic secretion (SIADH) due to the release of AVP from disintegrating magnocellular cells, finally leading to permanent DI over a few weeks. 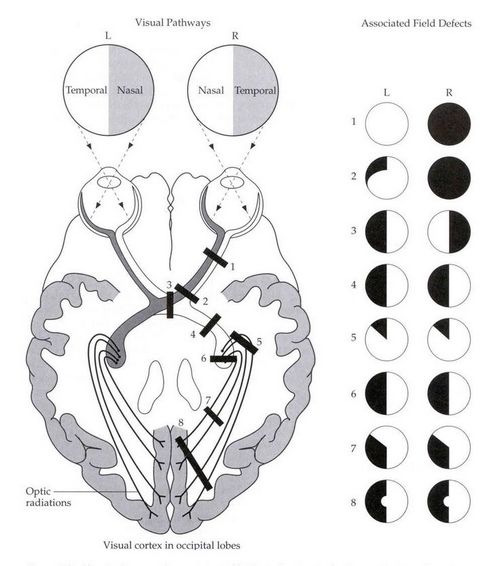 Another cause of diminution of vision in craniopharyngioma is due to hydrocephalus leading to papilledema, which was not present in our case.

Headache in craniopharyngioma occurs by 3 mechanisms:

Since, there was hydrocephalus and no signs of meningeal irritation, the probable cause of headache in this patient was due to raised ICP resulting from the tumor mass itself. 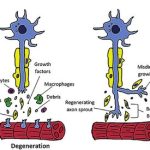