Before proceeding into the disease itself, let’s review – relevant anatomy of the medulla with a simple mnemonic.

The Side (lateral) part of Medulla contains 6 “S“ 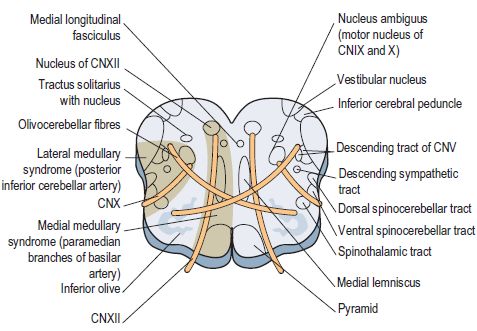 4. Sympathetic pathway to the face

Note: Generally speaking, the superior and lateral vestibular nucleus lies in pons and the rest 2 lies in the medulla.

Dentate nuclei (the lateral-most deep cerebellar nuclei) is invovled in ponto-cerebellar module (neocerebellum) which is responsible for goal-directed movements.

Summary of the tracts and nuclei in lateral medulla 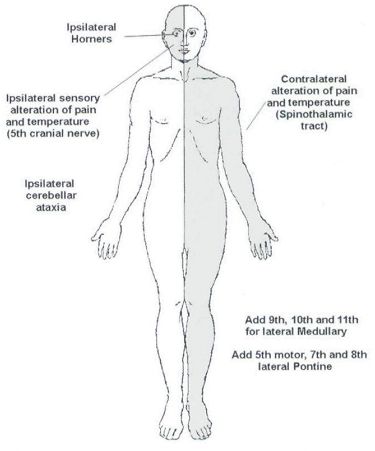 5. Swallowing and speech nucleus (ambiguus) damage: Uvular deviation away from the side of lesion, Ipsilateral impaired palatal elevation, Dysarthria, Dysphagia and Hoarseness

Cause and Mechanism of Lateral Medullary Syndrome