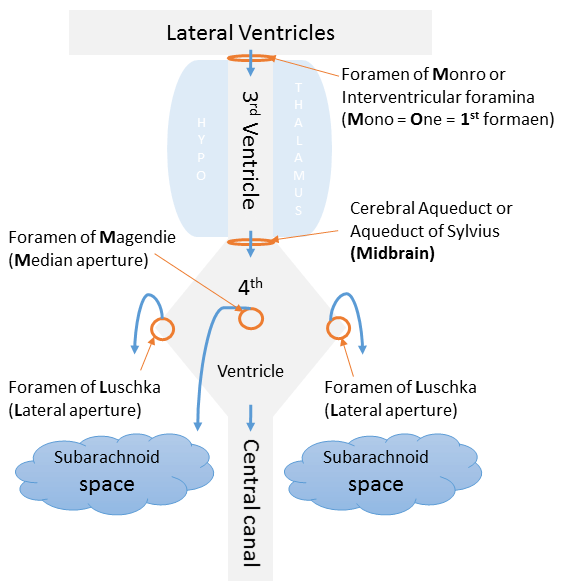 CSF is produced by the choroid plexus that lines the ventricles.

Turnover of entire volume of CSF is 3-4 times per day.