Mnemonic: To remember the match for Cyclins and CDKs – DEAB 42 21.

The phosphorylation of RB is a molecular ON-OFF switch for the cell cycle.

Cyclin D is the first cyclin to increase in the cell cycle.

The initiation of DNA replication involve the formation of an active complex between cyclin E and CDK2.

The main mediator that propels the cell beyond prophase is the cyclin B-CDK1 complex. 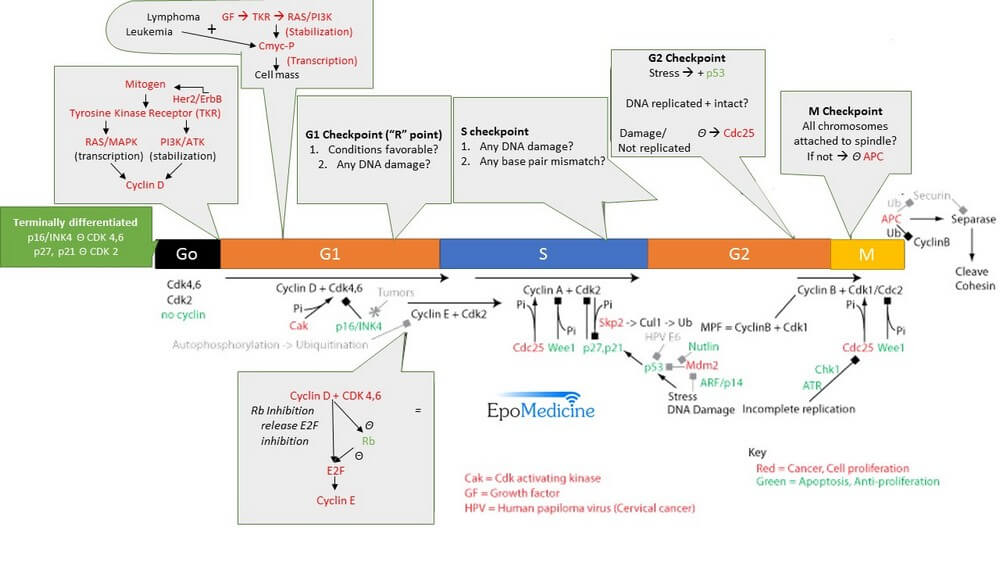 Cyclical degeneration of Cyclins is mediated through Ubiquitin-Proteasome pathway.

Passage through a checkpoint from one cell cycle phase to the next requires a coordinated set of proteins that monitor cell growth and DNA integrity. 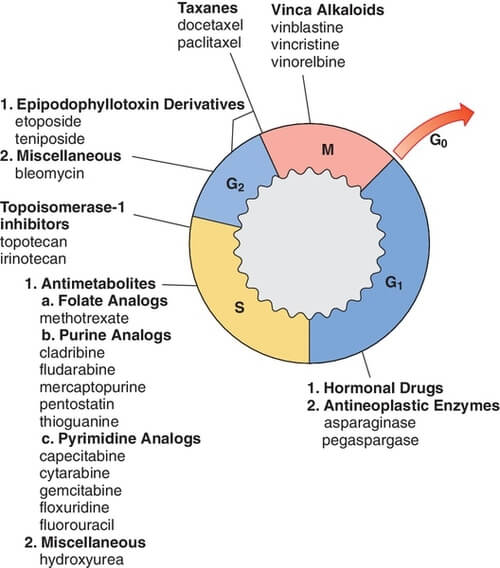 Read the principles of cancer chemotherapy.

p53 – Slows cell cycle and entry into S phase in response to DNA damage by inducing p21 which inhibits CDK; if DNA repair is not possible, it upregulates BAX which disrupts BCL2 and cytochrome C is leaked out from mitochondria into cytosol leading to apoptosis.

Both copies of tumor suppressor – p53 or RB gene must be knocked out for tumor formation: 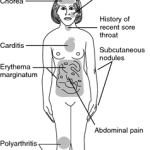