Method: The patient is then asked to stand on one leg and bend the opposite knee to 90° without flexing the hip. This action eliminates the role of hip flexors as they play a role in pelvic stability and may affect the Trendelenburg sign. The test is then repeated by standing on the other leg. The sign is deemed negative, i.e. the abductor mechanism is normal, when the pelvis remains level. A positive result indicates abductor mechanism dysfunction and the pelvis on the unsupported side will descend. A patient standing on his right leg would be Trendelenburg-positive for the right if the left side dipped.

Delayed Trendelenburg test: Similar to the Trendelenburg test but the patient is made to stand for 30 seconds to assess the abductor’s fatigue as in acetabular dysplasia. However, it’s value has been questioned as any painful hip condition may produce positive results.

Normal: When the body weight is supported on one limb, the abductors (gluteus medius and minimus) of the supported side contract and raise the opposite unsupported side of the pelvis.

Abnormal: If the abductor mechanism is defective, the unsupported side of pelvis drops and this is known as positive trendelenburg’s test. Patient may not descend on one side when assessing for the Trendelenburg sign, as they can compensate by leaning over the affected hip to shift the body’s center of gravity in that direction (Trendelenburg lurch).

Use: To assess the integrity of abductor mechanism of hip

This test is positive in conditions in which any of the three – fulcrum (femoral head), lever arm (femoral neck length) or power (muscles/nerves) are affected.

When people walk, their pelvises don’t drop dramatically on the non-stance side because gravity’s adductor moment is balanced by an equal and opposite abductor moment. In single leg stance, the effective center of gravity shifts to the non-supportive leg and a downward force attempts to tilt pelvis on unsupported side. The abductors on the hip which supports the body, must exert a downward counter balancing force with right hip joint acting as a fulcrum. Weakness of the abductor leads to sagging of pelvis on unsupported side. 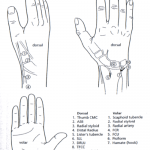 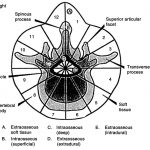 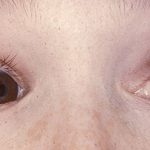