Periodontal disease remains one of the most common dental diseases affecting Americans today. Deemed as a leading cause of tooth loss, periodontal disease can also result in pain, swelling or sensitivity in branches of the facial nerves. According to the CDC, over 47 percent of Americans aged 30 and older currently live with some form of periodontal disease. For adults aged 65 years and older, these statistics jump to 70 percent. With dental practices across the country being ordered to shut due to the ongoing pandemic, a staggering percentage of the American public is now left without resources or the needed help to deal with this common dental problem, unless deemed an emergency. This means millions of Americans have now had to adapt their dental care routine to manage their pain and discomfort until they can secure a routine dental appointment with their regular dentist.

What Is Periodontal Disease?

Also known as gum disease, periodontal disease is defined as the inflammation of gums, according to the American Dental Association. If left untreated, it can lead to more severe consequences, including the infection of the surrounding gums and tissues. There are different kinds of periodontal disease. Two of the most common ones are gingivitis and periodontitis. While gingivitis mainly affects the gums, periodontitis can become more serious and lead to tooth decay and loss. Therefore, gingivitis normally precedes periodontitis and does not necessarily equate to tooth or tissue loss. If caught early enough and treated correctly, many dental patients can avoid the progression of gingivitis to periodontitis.

What Are The Causes Behind Periodontal Disease?

Periodontal disease can be attributed to the poor management or imbalance of bacteria in the mouth. Experts have identified as many as 700 different strains of bacteria existing in the human mouth. While some aid with the digestion of food, others are responsible for protecting the gums and teeth. The presence of Porphyromonas gingivalis bacteria has also been linked to the likelihood of periodontitis, a common type of periodontal disease. Research has also shown that those with compromised immune systems are more prone to the occurrence of periodontal disease. This includes patients with diabetes or leukaemia.

According to Central Point Oregon dentists, while gum disease can affect patients in different ways, it is mainly attributed to the presence of uncontrolled gingivitis. Therefore, self-care dental habits have been proven to be crucial in the prevention and long term treatment of periodontal disease. Regular brushing and flossing can be effective in the removal of plaque and avoids the hardening of plaque, also known as tartar. Those who smoke are also more likely to experience periodontal disease and have less success with treatment, since smoking increases the risk of tooth loss and weakens your immune system’s ability to fight any signs of gum infection you may experience.

Can Periodontal Disease Affect My Overall Physical And Mental Health?

In addition to tissue and tooth loss, periodontal disease has also been linked to over 120 other physical health consequences. Among them is the increased prevalence of heart disease, diabetes and osteoporosis – a key issue for the senior population. The American Diabetes Association has established a reciprocal relationship between diabetes and gum disease; diabetic patients are more vulnerable to bacterial infections such as those associated with periodontal disease, while patients with periodontal disease are also more likely to have poor control of their blood glucose levels.

Patients with a history of mental illness have also been shown to be more likely to experience periodontal disease. In a past study done in Italy, 98 percent of inpatient participants had gum disease. Other studies have suggested that young adults who experience symptoms of depression are 20 percent more likely to have severe gum disease, further supporting the link between depression and the body’s immune system. There have also been documented links between higher stress and anxiety levels stemming from the long term recurrence of periodontal disease. These mental health issues can then increase the production of cortisone, which in turn aids the progression of periodontal disease.

What Can Patients Do To Treat Periodontal Disease At Home While Awaiting A Dental Appointment?

Since the practice of good dental habits has been repeatedly shown as a key part of the plaque control puzzle, it is now crucial for dentists and patients to access the right information of dental care at home, including recognizing the first signs of periodontal disease. One of the most common signs is the presence of tender, red or swollen gums. This could be accompanied by bad breath, sensitive teeth or bleeding gums after you brush. While patients will need regular checkups and dental examination, good oral hygiene practices can be quite effective in treating periodontal disease.

In addition to regular brushing and the use of an interdental brush, it is recommended that patients use medicated mouthwash with chlorhexidine or an antibiotic gel. These can help to manage the bacteria in the mouth and maintain the balance until the patient can see their dentist. Neglecting to implement these changes immediately after noticing the signs severely increases the chances of it progressing to severe periodontal disease and further health consequences. 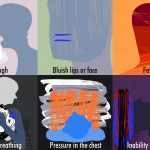 Does Saliva Cause Covid-19 Infection? 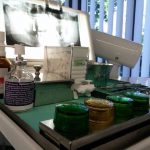 What Happens If A Tooth Filling Falls Out? 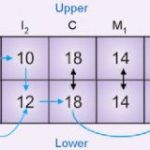