Indication: People without evidence of immunity and with contraindications for varicella vaccination (VZIg) 1 https://wwwnc.cdc.gov/travel/yellowbook/2018/infectious-diseases-related-to-travel/varicella-chickenpox

Results from some studies

Among 25 children in the treatment group, only 16% developed the disease while 100% of control subjects developed the disease. Seroconversion was observed in 85% of subjects. The incidence of fever and the severity of skin rashes were significantly lower in the treatment group. 3Postexposure Prophylaxis of Varicella in Family Contact by Oral AcyclovirYoshizo Asano, Tetsushi Yoshikawa, Sadao Suga, Ikuko Kobayashi, ToshihikoNakashima, Takehiko Yazaki, Takao Ozaki, Akira Yamada, Jiro Imanishi Pediatrics Aug 1993, 92 (2) 219-222

Some author mentions that additional data about acyclovir prophylaxis is needed because of the potential interference with the host response, which may predispose to early recurrent infection or incomplete protection from subsequent exposures, and enhanced selection of resistant VZV. He recommends, following the patient closely and giving the drug immediately after the onset of symptoms. 4Principles and Practice of Pediatric Infectious Disease By Sarah S. Long, Larry K. Pickering, Charles G. Prober 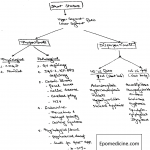 Approach to a Child with Short Stature 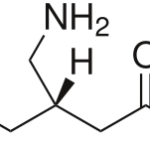