Hypertrophy, Hyperplasia, Atrophy and Metaplasia are the main four types of cellular adaptations. Adaptations are: 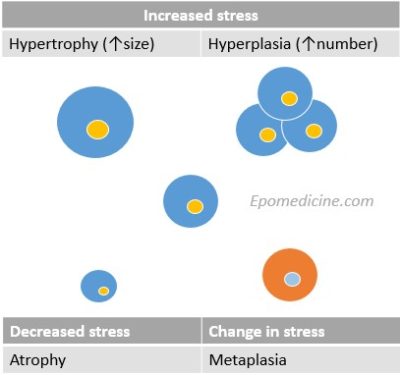 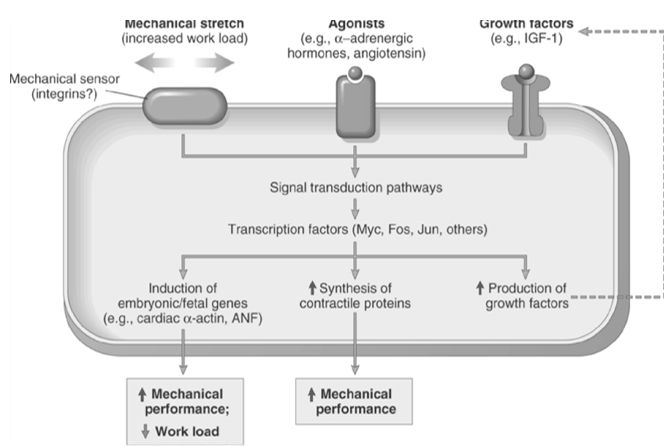 Definition: Increase in the number of cells

Occurs in: cell population is capable of replication

Hyperplastic process remains controlled while in cancer growth mechanism is uncontrolled; but pathologic hyperplasia can result in cancer.

Definition: Shrinkage in the size of the cell by loss of cell substance

Atrophy results from:
a. Decreased protein synthesis: due to reduced metabolism
b. Increased protein degradation in cells: by ubiquitin-proteasome pathway 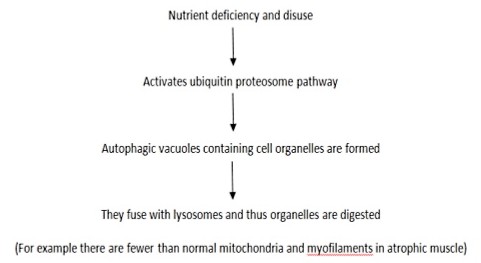 Although the metaplastic squamous epithelium has survival advantages, important protective mechanisms are lost – eg. loss of mucus secretion due to squamous metaplasia of respiratory tract.

May lead to cancer – eg. Barrett esophagus may lead to adenocarcinoma of esophagus 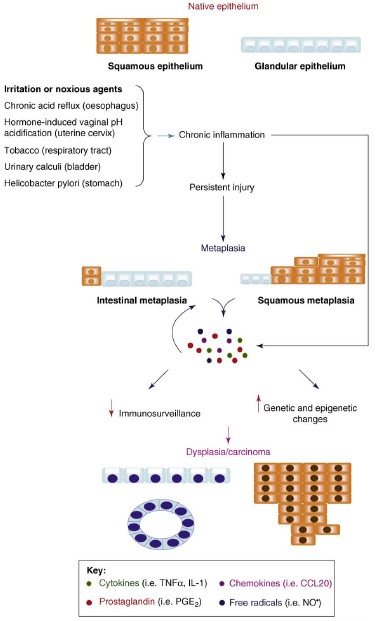 Is Fever a contraindication for Blood transfusion?