On a normal Chest X-ray the well-defined borders of the heart and the domes of the diaphragm are visualised because the adjacent normal air containing radiolucent lung.

Silhouette sign is based on the principle that if the two structures have approximately the same radiographic density, an are in intimate contact with each other, then the interface between them is obliterated.

If a lesion effaces one of these interfaces then the sharp margin (heart or diaphragm) is lost. The CXR appearance of a blurred or effacement is referred to as the silhouette sign.

It is used in localization of intrathoracic opacity like: consolidation, mass, fluid, atelectasis, etc. that are in contact with mediastinum or diaphragm. 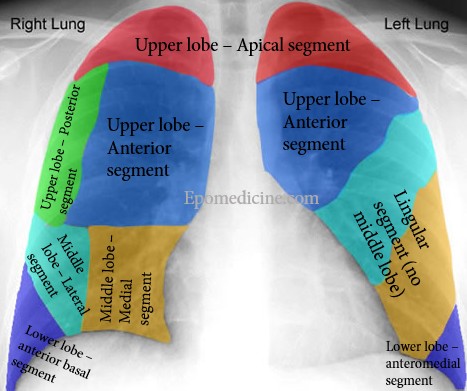 Upper most border of the mediastinum: