Hemoptysis is defined as the expectoration of blood from the respiratory tract, a spectrum that varies from blood-streaking of sputum to coughing up large amounts of pure blood. 1Harrison’s Principle of Internal Medicine 18e

True hemoptysis is expectoration of blood from the lower respiratory tree, below the glottis. 2Irwin & Rippe’s Manual of Intensive Care Medicine

Hemoptysis has been quantified with different numerical values by different studies and researches.

b. Volumetric: expectoration of 600 ml of blood within 24 to 48 hours; and Magnitude of effect: clinical (hemodynamic and respiratory compromise) 4Irwin’s and Ripple’s Manual of Intensive Care Medicine

c. Expectoration of 600 ml/day or 25 ml/h of blood 5Principles and Practice of Anesthesia for Thoracic Surgery

d. >8 mL/kg/day in children (this reference is widely accepted in pediatrics)

The reason for such a wide variable for quantification may be in part due to the difference in the anatomical deadspace among people. Normally, anatomical deadspace is 100-200 ml and hence, many prefer to use “massive hemoptysis” for expectoration of blood more than 100 or 150 ml/day.

Another, term that has been introduced is the – Exsanguinating hemorrhage which is considered as hemoptysis of:

Now, let’s define other spectrum of severity of hemoptysis using a single reference to avoid confusion:

How to Quantify Hemorrhage when Asking the Patient ?

Hence, hemoptysis quantified as 1-2 tbspf is generally mild hemoptysis and that >1 cup is usually massive hemoptysis. 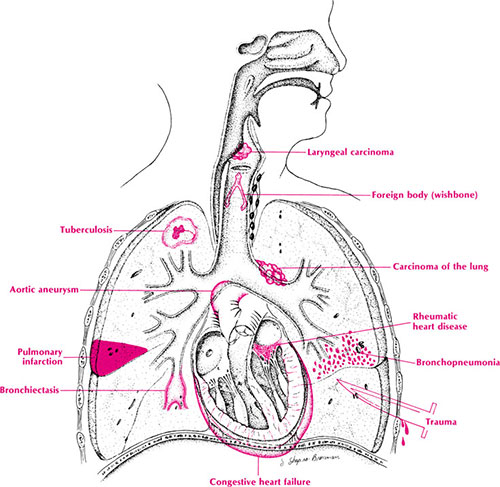 Common causes of sub-massive and massive hemoptysis – “3 B”:

Pseudohemoptysis refers to the coughing of blood from a source other than the lower respiratory tract.

Mechanism or Pathogenesis of Hemoptysis

Lung has a dual blood supply:

Aids to Diagnosis Possible Cause of Hemoptysis

Streaky hemoptysis in a tobacco smoker or former smoker over 40 years of age – think chronic bronchitis and possibility of bronchogenic carcinoma.

Remember the most common causes of hemoptysis and massive hemoptysis when evaluating. 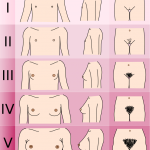 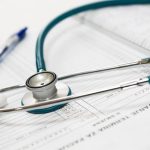 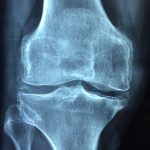 Mnemonic Based Approach to Joint Pain