Cause of radiation cystitis: Bladder in the radiation field (treatment of pelvic malignancies like prostate, cervical, colorectal)

Incidence: 23% to 80% (variability due to variability in type and dosing of radiotherapy among different medical subspecialities)

Gender: Males to female ratio of 2.8 : 1 (frequent use of radiotherapy in the treatment of prostate cancer)

The surface layer of urothelium is made of large polyploid cells connected by tight junctions and covered by a monomolecular film of sulfonated polysaccharides or glycosaminoglycan that serves the need for internal impermeability of the bladder. The tolerance dose for whole bladder has been estimated to be 65 Gy and for the 2/3rd bladder to be 80 Gy. Complication rate is dependent upon whole bladder dose and total radiation dose.

1. Mechanism of DNA damage by radiation:

2. Bladder mucosa (Urothelium) is relatively sensitive to radiation as it divides rapidly. 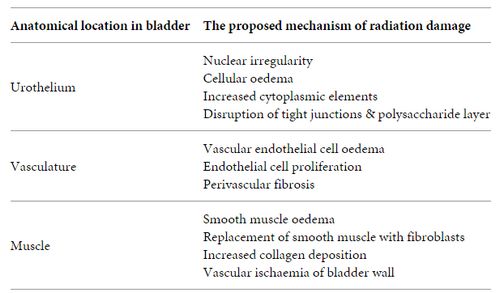 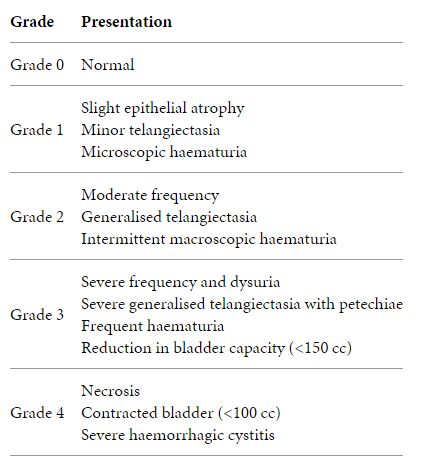 Aim: Exclusion of other causes of patient’s symptoms

1. Accurately tailoring the irradiation field and limiting the radiation dose to the bladder

2. Unless medically contraindicated, provision of sufficient hydration to maintain adequate high urine flow should be a component of all prophylactic regimens.

5. Drinking one large daily glass of cranberry juice may help to reduce the risk of HC. Cranberry juice tablets can also be used. 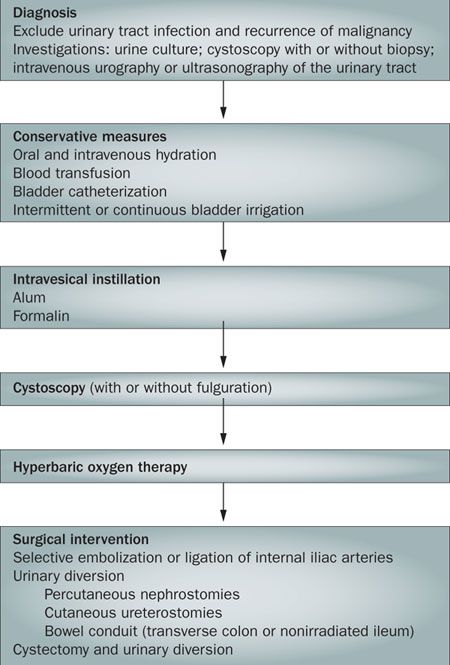 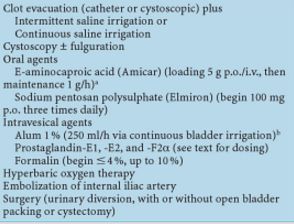 One Viewpoint 💬 on “Radiation cystitis : Diagnosis, prevention and management”