It is the junction between esophagus and cardia of stomach

Functionally: High pressure zone (Lower esophageal sphincter or LES) – Normally, LES is intraperitoneal, >2 cm long, and has a resting pressure >6 mmHg; not an anatomical sphincter but a physiologic sphincter, the mechanism of which is unclear.

It is the junction between pylorus of stomach and duodenum

Externally: Marked by the crossing of constant vein of Mayo (also known as prepyloric vein – a tribuatry of the right gastric vein that passes anterior to the pylorus at its junction with the duodenum).

Note: Mucus secreting goblet cells are found throughout the stomach 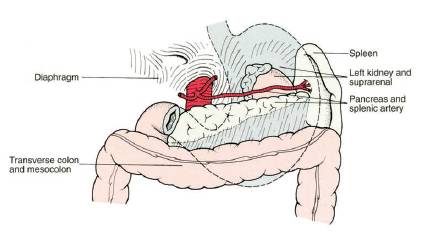 Since, stomach contains 3 layers of smooth muscle in muscular layer, it is the most common site of GIST which is thought to be a leiomyoma.

At the lesser curvature: Anastomosis of –

At the greater curvature: Anastomosis of –

To the fundus: 5-7 short gastric arteries or Vasa-brevia (from splenic artery)

Draw to know it – Branches of celiac trunk 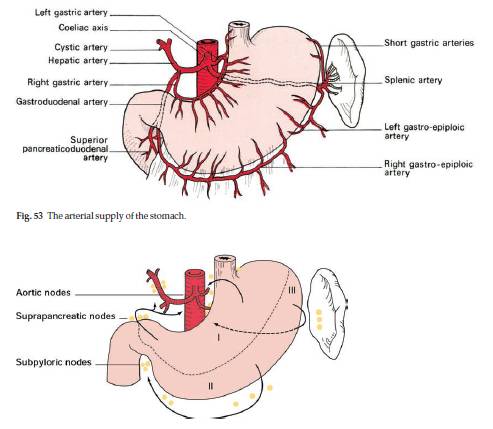 Area II – right 2/3rd of the inferior 1/3rd of the stomach drain along the right gastro-epiploic vessels to the subpyloric nodes and then to the aortic nodes.

Area III – left 1/3rd of the greater curvature of the stomach drains along the short gastric and splenic vessels lying in the gastrosplenic and lienorenal ligaments, then, via the suprapancreatic nodes, to the aortic group. 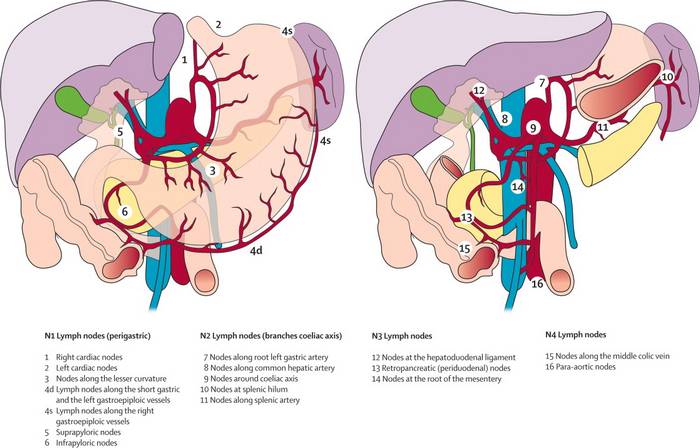 As the vagus nerve traverse the mediastinum, the left trunk rotates so that it enters the abdomen anterior to the esophagus and the right trunk rotates so that it enters posterior to the esophagus. The anterior and posterior vagi enter the abdomen through the esophageal hiatus on diaphragm. Vagus innervation constitutes both the motor and secretory nerve supply of the stomach. 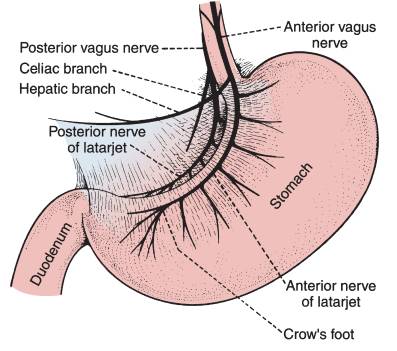 Almost 90% of vagus nerves are afferent (transmitting information from stomach to brain) and the rest 10% are efferent which pass without synapse to contact postsynaptic neurons in gastric wall in the myenteric and submucous plexus. 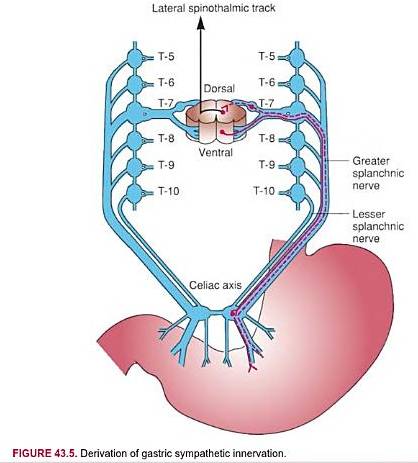 One Viewpoint 💬 on “Surgical Anatomy of Stomach”