Pure As Gold i.e. Purines are Adenine and Guanine.

How to identify purines? 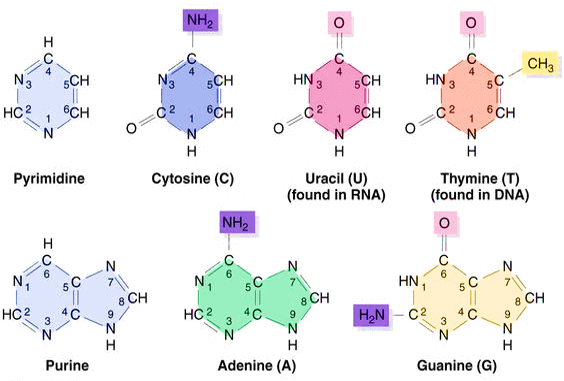 Pyrimidines are CUT from Purines: Cytosine, Uracil and Thymine

How to identify pyrimidines?

2. Remember in sequence of CUT: 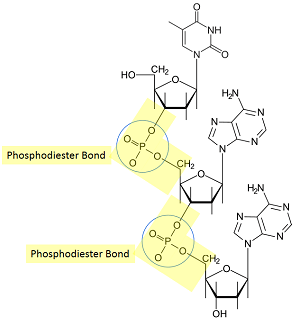 Lead to build up of orotate, which is found in urine. Causes retarted growth and severe megalobasltic anemia (DNA synthesis block) without hyperammonemia (no urea cycle block).

Carbamoyl Phosphate Synthetase-2 of Pyrimidine synthesis is present in cytoplasm, unlike CPS-1 of urea cycle which is mitochondrial. When carbamoyl phosphate accumulates in mitochondria (urea cycle) it can leak out into cytoplasm and participate in pyrimidine synthesis (Ornithine Transcarbamoylase or OTC deficiency). Hence, accumulation of orotic acid and orotic aciduria is seen in: 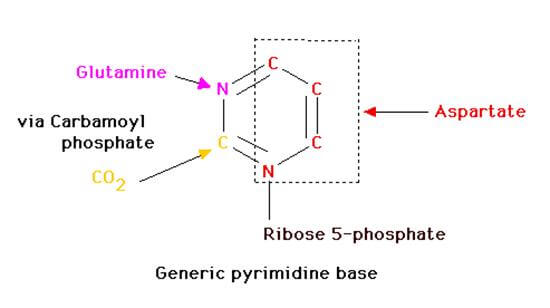 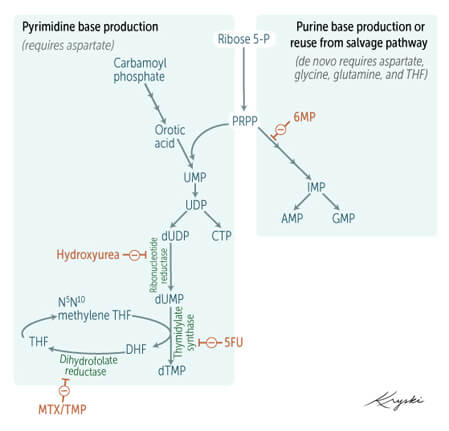 Second: Sugar is lost from nucleoside and purine base is left (Nucleoside – Sugar = Purine base)

One Viewpoint 💬 on “Purine and Pyrimidines : Structure, Synthesis and Metabolism”