Origin and Spread of Cardiac Impulse 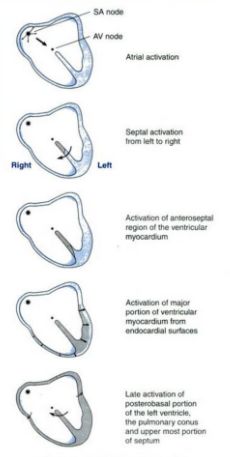 Epicardial surface of right ventricle is depolarized earlier than left because of its thinner wall.

Mnemonic: Park AT VENTura South AVenue (from fastest to slowest)

SA node and AV node lack functioning fast channels (Na+ channels) that open and closes quickly. Due to this reason, the depolarization is slow in these tissue and are regarded as slow fibers. The action potential in SA node and AV nodes are due to Calcium with no contribution by sodium influx. Resting membrane potential is much more negative (-90 mV) in ventricular muscle fibers instead of -55 mV in nodal fibers. At the less negative (-55 mV) RMP of nodal fibers the fast Na+ channels mainly have already become inactivated. Therefore only the slow Na+ channels can become activated and cause action potential. Hence, the action potential is slower. 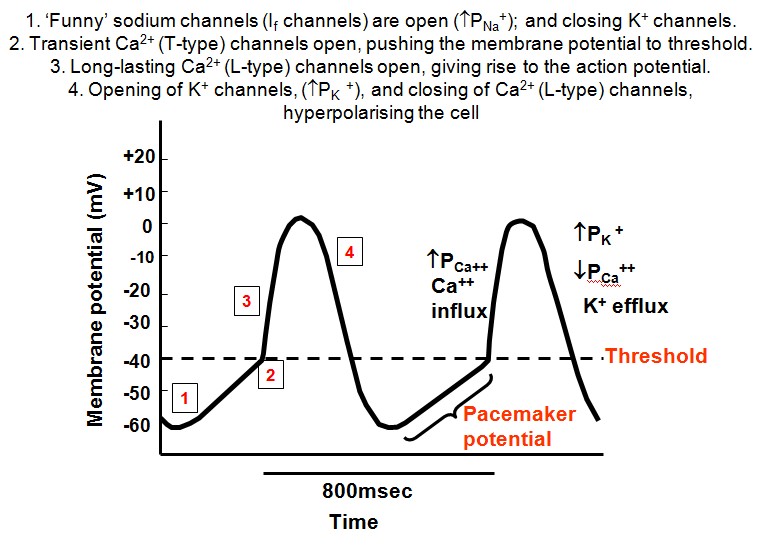 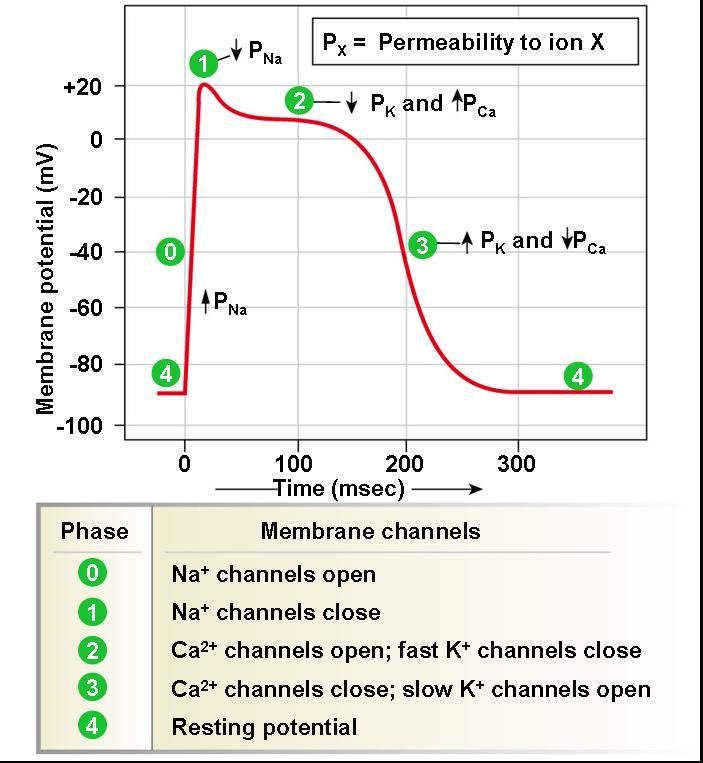 After depolarization via sodium channels, calcium enters the cardiomyocyte via L-type calcium channels which are in close contact with ryanodine receptors in sarcoplasmic reticulum via T-tubules. Calcium activates ryanodine receptors which triggers calcium release from sacroplasmic reticulum. Calcium binds to troponin C which brings confirmational change in tropomyosin and exposes active site between actin and myosin. Myosin head interacts with actin and ATP hydrolysis leads to cross-bridge formation. After power stroke, actin is realeased with ATP binding to myosin. L-type calcium channels inactivate towards the end of phase 2 leading to calcium influx arrest. Calcium induced calcium release from sarcoplasmic reticulum is stopped. At the same time, calcium is sequestered back into the sarcoplasmic reticulum by SERCA (Sarcoplasmic reticulum calcium ATPase) and pumped out of the cell to a lesser extent by specialized calicum channels. Calcium ions dissociate from troponin C, and tropomyosin inhibition of actin-myosin interaction is restored.