Under resting conditions, red blood cells move through the pulmonary capillary bed in approximately 0.75 seconds (transit time), although equilibration of oxygen and carbon dioxide takes place in about 0.25 seconds.

For example, nitrous oxide diffuses rapidly from the alveoli to capillary blood, so the only way to increase its uptake is to increase the amount of blood flowing through the alveolar capillaries. It is an example of perfusion limited gas. Changes in the diffusing capacity have no effect on the uptake of a perfusion-limited gas or its partial pressure in the blood and body. All anesthetic and “inert gases” that do not react chemically with blood are perfusion limited.

The uptake of a gas that does not reach achieve diffusion equilibrium could obviously increase if the diffusing capacity is increased. CO is an example of diffusion limited gas. Hemoglobin has a very high affinity for CO, so the effective solubility of CO in blood is large. Therefore, increases in the CO concentration in blood are not effective at increasing pCO. This keeps blood pCO lower than alveolar pCO, and results in a large disequilibrium and diffusion limitation. Under abnormal conditions, oxygen may be diffusion limited. A gas is diffusion limited gas when its effective solubility in blood is significantly greater than its solubility in the blood-gas barrier. This is because a gas has to dissolve in the barrier before it can diffuse across the barrier and dissolve in the blood. 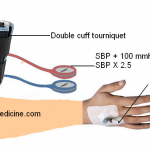