Rolling occurs below the critical velocity (velocity separating freely flowing cells like RBCs and rolling leukocytes). It is mediated by selectin-addressins interaction.

Tight binding of phagocytes to the endothelial cell.

The phagocytes extends pseudopodia through the vessel wall and extravasates into the tissues.

Mediated by: PECAM-1 in between cells and other adhesion molecules

These are autosomal recessive diseases. 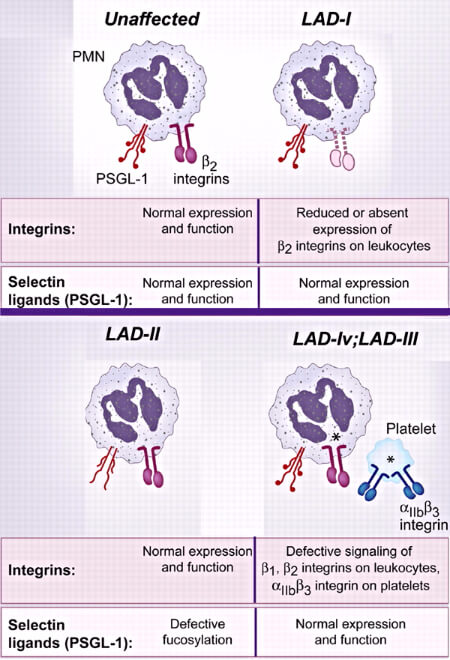