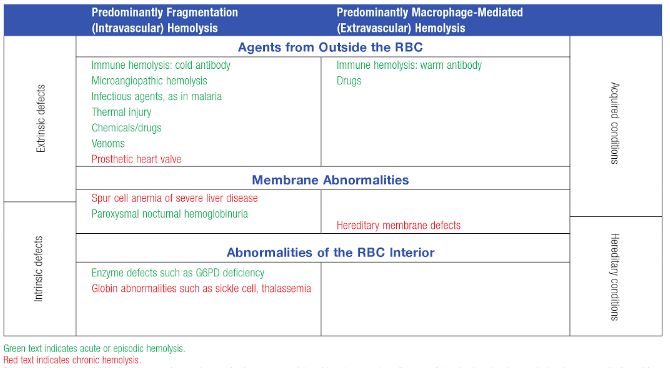 Most Extrinsic causes of hemolysis: Acquired

Defects in Specific Cause of Hemolytic Anemia

Hereditary Spherocytosis: Spectrin binds to Ion transporters in cell membrane Band 3 in head region and Glycophorin A in tail region with the help of Band 4.2 + Ankyrin and Band 4.1 + Actin respectively. Mutation in these proteins lead to Hereditary spherocytosis.

Hereditary Elliptocytosis: Commonset cause is mutation in spectrin.

Sickle cell anemia: Point mutation that causes the glutamic acid to be replaced by valine at the beta-6 position of the globin chain.