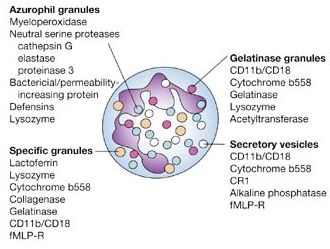 Common to both Azurophilic and Specific Granules 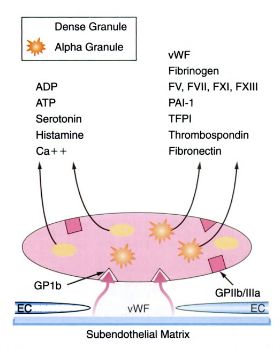 Mnemonic: Alpha granules are bigger like Alpha males. These are bigger molecules like proteins and peptides. The granules can be remembered using mnemonic Platelet Function Test (PFT).

Mnemonic: Delta granules are smaller and weakers like Delta males. These are smaller molecules. It can be remembered using mnemonic – CAN.