3. Affect: Objective outward expression of the immediate cross-section emotion at a given time

4. Mood: Sustained pervasive feeling tone and colors the total experience of the person

7. Over-valued ideas: Strongly held, dominate live (and conversation) but are not always illogical or culturally inappropriate

8. Phobias: Exaggerated, irrational and persistent fears when exposed to specific stimuli which are unreasonable and interfering with normal function

11. Circumstantiality: A disturbed pattern of speech or writing characterized by delay in getting to the point because of the interpolation of unnecessary details and irrelevant remarks (results from non-linear thought pattern)

12. Tangentiality: Speech is oblique, irrelevant and doesn’t come back to original point

13. Flight of ideas: Quickly skipping from one idea to another where ideas are marginally connected

14. Perception: Process of being aware of a sensory experience and being able to recognize it by comparing it with previous experience

17. Consciousness: Awareness of self and environment

18. Orientation: Awareness of one’s position in time, place and person

19. Attention: Ability to focus on a particular stimulus

20. Concentration: Ability to sustain attention for a period of time

23. Insight: Patient’s degree of awareness and understanding about being ill

25. Judgement: Ability to assess a situation correctly and act appropriately within situation

26. Echolalia: Repetition by the patient of the interviewer’s words/phrases

27. Echopraxia: Imitation by the patient of interviewer’s movements

30. Waxy flexibility: Patient’s limb can be placed in awkward posture and remain fixed in position for long time despite asking to relax

31. Mitmachen: Patient’s body can be placed in any posture; when relaxed, patient returns to resting position

33. Cataplexy: Symptom of narcolepsy in which there is sudden loss of muscle tone leading to collapse, occurs in emotional state

34. Automatic obedience: Patient does whatever the interviewer asks of him irrespective of consequences

35. Gegenhalten (Opposition): Patient opposes attempts at passive movement with force equal to that being applied

36. Mitgehen: An extreme form of mitmachen in which patient will move in any direction with very slight pressure

38. Ambivalence: Marked inability to decide for and against

39. Ambitendence: Patient begins to make a movement but before completing it, starts the opposite movement

40. Preservation: Senseless repetition of a previously requested movement, even after the stimulus is withdrawn

41. Neologisms: Patient uses words or phrases invented by himself. eg. headshoe for hat

42. Metonyms: Use of ordinary words in unusual ways – ‘stand ins for other words’ e.g. pen for written word, crown for royal person

43. Verbigeration: Disappearance of understandable speech which is replaced by mere utterance

44. Vorbeireden (talking past point): Patient seems always about to get near to the matter in hand but never quite reaches it

45. Loosening of association: Thought process with series of ideas without apparent logical connections

46. Depersonalization: A change in self awareness such that person feels unreal

47. Derealization: A change in self awareness such that the environment feel unreal

54. Electroconvulsive therapy (ECT): Induction of a GTCS (Generalized Clonic Tonic Seizure) using an electrical impulse through the brain while patient is under General Anesthesia or a muscle relaxant.

57. Conversion: Mental energy can be converted in certain physical symptoms

58. Hypochondriasis: Preoccupation with fear of having a serious disease which persists despite negative investigations 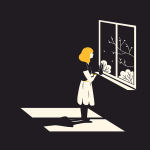 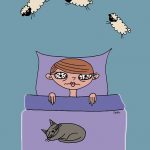