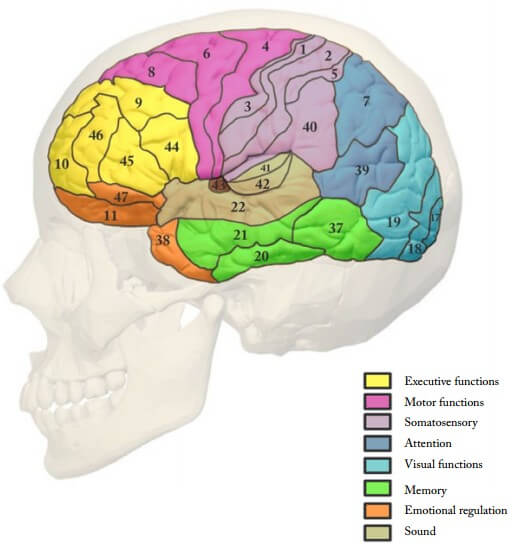 Motor and Sensory Homonculus or Somatotropy

The mouth and hand, for instance, are disproportionately large because so much nervous system tissue is devoted to fine motor and sensory innervation.

Lesions of Various Areas in A Look