Ascending from peripheral to central the components are:

Explanation of the Mnemonic

Note: Inferior olivary nucleus is involved in motor control and provides major projection to the cerebellum. 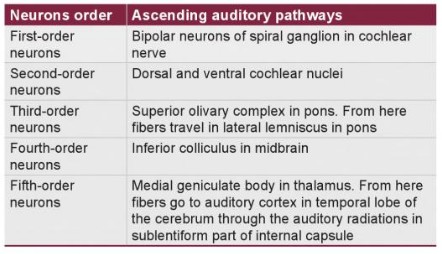 Note: Medial lemniscus is a part of dorsal column pathway.

Note: Superior colliculus is a part of visual pathway.

Note: Lateral Geniculate body is a part of visual pathway.

Since, the projection is bilateral to the superior olivary nucleus –