HGH is becoming more and more popular among the sportsmen and bodybuilders these days. However, many people still don’t have a clue about what HGH really is. The time has come to answer all the possible questions on where did HGH came from, how it developed, and what the heck it actually is.

What is HGH and What Are its Functions?

Human growth hormone, also known as somatotropin, is one of the major secretions of the most vital gland of our body, pituitary gland in brain. Only a minor amount of the hormone is needed for proper functioning of the body. It is also known as “wonder drug”. As the name suggests, the hormone promotes testosterone production that spurs linear growth in our body. It also regulates a number of other functions like body composition, fat metabolism, cell regeneration, muscle and bone growth, and partly involves heart functions. The pituitary gland secretes human growth hormone and it reaches and binds all the cell surface receptors in the body, flowing through the bloodstream. It also promotes the production of another growth hormone in liver called insulin-like growth factor 1. But as you turn adult, the production of HGH gets low. When you become 40 years old, the production of HGH decreases by 50 percent compared to when you were 20. In individuals having critically low production of human growth hormone, the boosters are injected in the body and these injections are quite expensive. It is available as injections, sprays and supplements.

In 1985, the Food and Drug Administration (FDA) allowed the use of the drug in a modified form called, recombinant human growth hormone (rHGH). It was permitted for 15,000 children who were facing HGH deficiency. Furthermore, it was used for recovering the HIV patients from muscle wasting.

For the first time, it was extracted from animal cadaver, which could transmit a disease ,mad cow, in the consumers. Later, using genetic engineering, Genentech of South San Francisco, developed the drug by injecting the growth hormone gene into bacteria and letting them build their colonies. By 1990, as the substance doping was taking the world by storm, legislators declared the restricted use of the substance, but it also put the faith of needful children in danger. So, the law declared prescription based use of it in the USA, but the underground and overseas markets seemed to be always there for violating the rule.

By the 21st century, the GH became immensely popular among athletes, as they believed on its miracles, but a psychiatrist at Harvard Medical School, Harrison Pope said,

It makes it uncertain to tell which hormone in the mixture actually promoted muscle growth. For clarification, an experiment was conducted on 90 cyclists. They were injected with either HGH, HGH and testosterone mixture, or mere salt water for 8 weeks. After two month’s period, those who were injected with only HGH experienced a 4 percent increase in their capacity but no muscle improvement, compared to the control group, while those injected with HGH plus testosterone showed an 8 percent increase in their performance.

A professor of sports medicine, Michael Kjaer, concluded that HGH can’t build muscle in healthy adults the way testosterone does. His research conducted on volunteers proved that HGH does offer certain benefits. 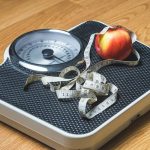 Use of Thyroid Function Test in Adult, Non-pregnant patients 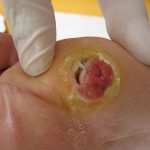 How Can a Podiatrist Help With Diabetes?