Zach was diagnosed with osteosarcoma at the age of 14 (2009). He underwent multiple cycles of chemotherapy and surgeries until he was diagnosed with terminal disease in 2012. In 2013, at the age of 18, he succumbed to his illness. “Clouds” movie (named after his song) released in 2020 tells the true story of Zach Sobiech. Short life of Zach and even shorter movie “Clouds” is inspiring and heart-wrenching at the same time.

Osteosarcoma is a bone producing tumor that arises towards the end of long bones (metaphysis) especially around the knee. It is the most common primary cancer of bone in children and adolescents which typically occur after the age of 10. It has a slight male preponderance. About 1 out of 5 osteosarcomas have spread already when they are first diagnosed. If the disease is localized (has not spread to other areas of the body), the long-term survival rate is 70 to 75%. If osteosarcoma has already spread to the lungs or other bones at diagnosis, the long-term survival rate is about 30%.

Some Quotes by Zach Sobiech

There’s a 22 minute documentary on youtube which was released few weeks before Zach lost his battle with osteosarcoma.

Zach fulfilled his dream of becoming a musician. He had a band named “A Firm Handshake” which included his dear friend Sammy Brown and Reed Redmond. Before he passed away in May, 2013, he was able to release many records in Youtube most of which are a poetic farewell to his family, friends and well wishers. I know it’s just me but the voice of Zach somewhat reminds me of Damien Rice (that might be because of the male/female duets).

100% of all donations to the Zach Sobiech Osteosarcoma fund go to research for better treatments for this deadly cancer.

Here’s the trailer of the movie “Clouds”. I’ll leave up to you to watch the story of Zach in the movie. 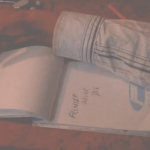 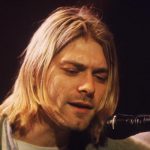 Musician and Suicide – The science behind