Glucose-6-Phosphate central to the 4 major metabolic pathways of glucose, i.e. glycolysis, gluconeogenesis, glycogenesis, glycogenolysis and HMP shunt (Pentose phosphate pathway). Glucose is immediately phosphorylated inside the cells to Glucose-6-Phsophate to trap them inside cell and prevent diffusion out of the cell.

Mediated by enzyme: Glucokinase and Hexokinase

The difference between these 2 enzymes are: 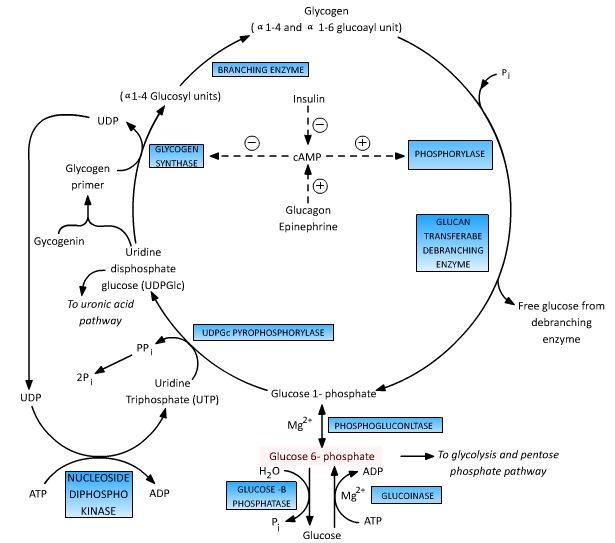 The objective of HMP shunt is to:

3. Generation of Intermediates for glycolysis:

This enzyme is present in liver but absent in muscles and brain.