Cloaca literally meas a “sewer” – a coduit for carrying of drainage water and waste matter. The cloaca in human fetus have the same function, i.e. carries waste porducts in the from of urine and stool.

Cloaca: Common chamber for the hindgut and urinary systems.

Cloacal membrane (plate): Membrane formed during 3rd week at the caudal end of the embryo from adhesion between epiblast and hypoblast cells. Later, it covers the cloaca. 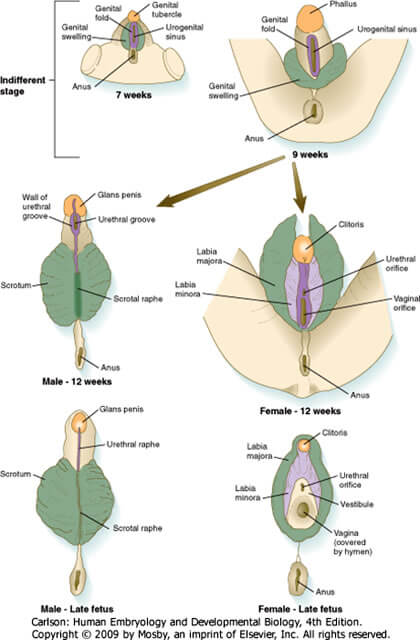 3. Caudal: Phallic part (below the entrance of mesonephric ducts)

Indifferent stage: The primordia are indistinguishable up until about week 12.

During 4th month in males: 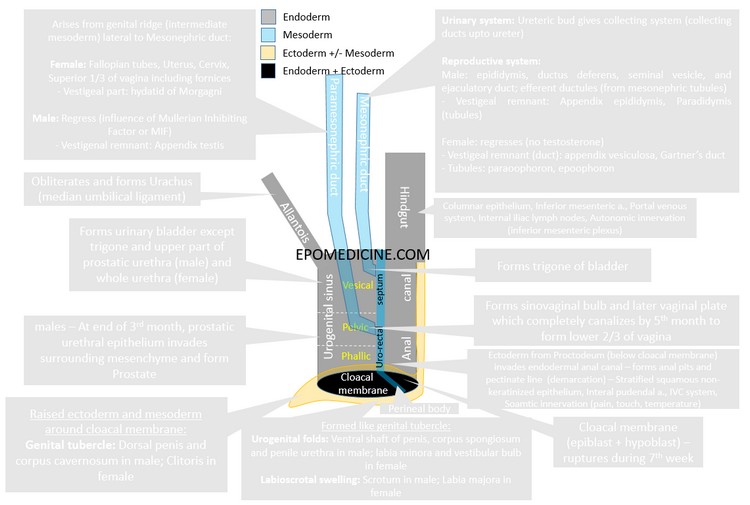