Labour/Delivery– A Normal Physiological process which takes place in the body of a woman at the end of Pregnancy where the fetus is expelled out of the uterus through the Vaginal Canal.

Cesarean Section/Delivery– A procedure conducted in a pregnant woman leading to Birth of a fetus through incisions given over the Abdominal Wall (known as Laparotomy) and over the Uterine Wall (known as Hysterotomy) after the completion of 28 weeks.

Cesarean Delivery dates back to Greek Mythology where the Apollo – “God of Health” had delivered his son Asclepius – “God of Medicine” from Coronis.

The word Cesarean gets its origin from:

There is a constant rise in the rate of Cesarean Deliveries in the society.  Some of the reasons being:

Indications for Cesarean Delivery can be also be categorized based in the severity of the situation as:

(The only type of Surgery performed now)

In the Operation Theater

Taking a Transverse incision has few advantages over the Vertical.

Better wound healing (as along the Langer Lines).

Low Transverse incision has a few advantages over the others.

Less risk of Scar Rupture during the trial for VBAC.

As the uterus is visualized, the Vesicouterine serosa is incised and it is extended transversely which is followed by separation of the urinary bladder.  The uterus is now entered through various methods as described above.   If the placenta is seen through the line of incision, it first needs to be separated and then the myometrium is incised.  If the placenta had been incised, fetal hemorrhage is severe and the delivery of the baby and cord clamp has to be done as soon as possible.

Uterine Incision has to be adequate enough in order to deliver the baby with ease and not to cause fetal or uterine laceration.

As soon as the shoulders are delivered, 20 units of Intravenous Oxytocin is administered at the rate of 10 ml/min diluted in a liter of Crystalloid. (To tone the Uterus preventing Hemorrhage)

The Umbilical Cord cut between the two clamps placed and the infant is handed over for resuscitation.  The Uterine incision is inspected for any active bleeding an required management is done.  A simultaneous Fundal Massage is done to fasten the uterine contraction and placental delivery.

There are certain advantages and disadvantages:

When the uterus is lifted out from the abdomen and placed onto the abdomen there is a good visualization of the incision for the repair, muscle tone can be monitored and respective management can be done, any bleeding points may be easily visualized, adnexa are exposed too making tubectomy easier.

The only disadvantage when the uterus is exteriorized in case of regional anesthesia is that it causes discomfort and vomiting.

Following either of the methods the uterine incision is closed in layers, first including the deep layers and the other including the superficial layers and the serosa.  The peritoneum is left unsutured.  The abdomen is now checked for any fluid or mops which have to be removed.  The abdominal wall is closed now in layers including the rectus muscle, rectus sheath, subcutaneous layer followed by the skin suture after wiping the edges of the wound with antiseptic solution.  A continuous suture is applied at all the stages.  The abdomen is wiped off of the blood stains, vagina is examined for any active bleeding or clots which is managed adequately and a sterile vulval pad is placed. The wound is cleaned with antiseptic solution and an antiseptic dressing is applied.

The incision is taken vertically from the lowest possible point extending towards the fundus, until the length is sufficient enough for the baby to deliver without lacerations.  Delivery of the baby and placenta is as explained earlier and repair of the incision is done in layers.

Intravenous fluids, blood transfusion needs to be done as and when required based on the intraoperative bleed, antimicrobials needed to be given as soon as the baby is delivered i.e., clamping the cord to reduce the postoperative sepsis.

The method of delivering the fetus through an incision over the abdomen after completion of 28 weeks of gestation is known as Cesarean Section.

In the recent years there is a rise in the rate of cesarean section being conducted, most common reasons being past Cesarean Section and choice from the mother.

The most common type of cesarean section practiced is the Lower Segment Cesarean Section.

Upper/Classical CS is done when there is a difficulty in approaching the Lower Segment of the Uterus. 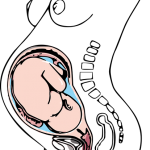 Why is hepatitis E dangerous during pregnancy? 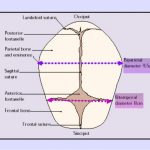