Opening and closing of valves

When the valve opens, different compartments act as a single chamber (atrio-ventricle or aorto-ventricle). For a blood to flow, pressure in “giver” must be higher then that in “receiver”. 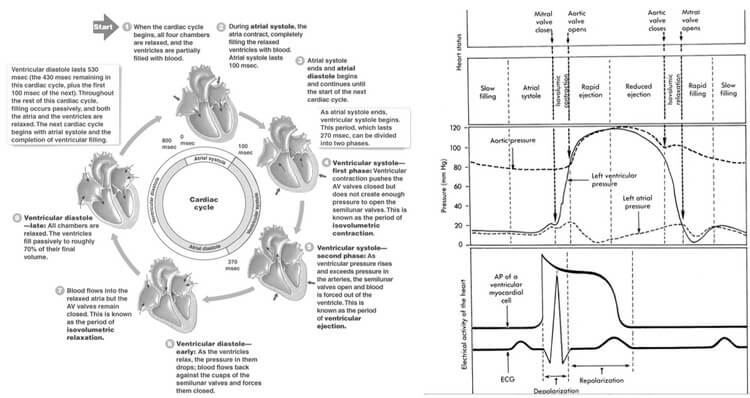 During relaxation, diastolic blood pressure in ventricles falls to much lower levels compared to the aorta. This is because of the elasticity of the aorta. It recoils back to maintain the pressure. Initially, the pressure in the outflow tracts and ventricles fall simultaneously. When the elastic recoil of expanded outflow vessels overcome the decreasing pressure in the ventricles, semilunar valves close. This gives rise to dicrotic notch, when the relaxation of outflow tracts and the ventricles follow separate paths. This helps to maintain a continuous perfusion to the organs and this property of elastic arteries is also known as “Windkessel effect“.

The blood flows from the ventricles to the outflow tracts until the diastolic pressure of these overcome that of the ventricles and the semilunar valves close. But blood has inertia, and hence due to this property, the blood momentarily continues the forward flow even when the semilunar valves have closed. This leads to a “blip” of aortic pressure rise and is termed as “incisura“.

Atrial and Ventricular Cycle and Diastasis

Considering a heart rate of 75/min. The duration of 1 cardiac cycle is 0.8 seconds. The cycles are different in the atria and the ventricles.

Atrial systole makes up only 0.1 second and is responsible for active ventricular filling. The remaining 0.7 seconds, the atria relaxes and receives venous return from the venacavae.

Ventricular systole begins when the atrial systole ends and makes up about 0.3 seconds (more precisely 0.27 seconds, i.e. 1/3rd of the cardiac cycle), during which the atrio-ventricular valves are closed. Following systole, at the end of 0.1 seconds of isovolumetric relaxation, the atrioventricular valves open. There is passive filling of the ventricles during the remaining 0.3 seconds.

During the passive ventricular filling (0.3 seconds):

How to draw Wigger’s Diagram of Cardiac Cycle?

You’ll definitely make mistakes if you mug-up this complex diagram without understanding the basic concepts. Once, you’ve understood, you can easily reproduce it. 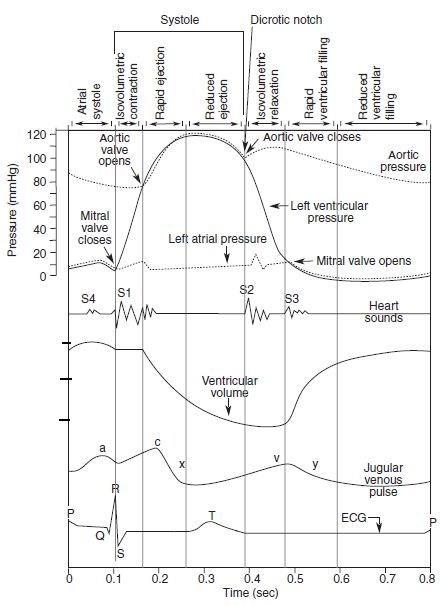 This also gives the idea of duration of the stages of cardiac cycle.

The 3 bulges in jugular venous waves (pulse) represents the rise in atrial pressure: 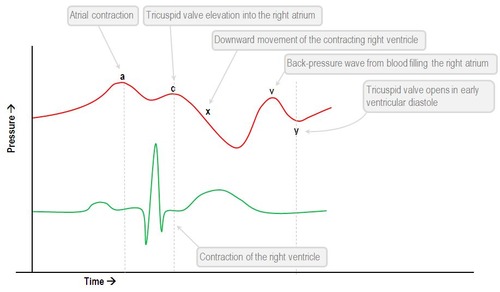 Ventricular and aortic pressure changes: Let us talk focusing only the left side of heart – 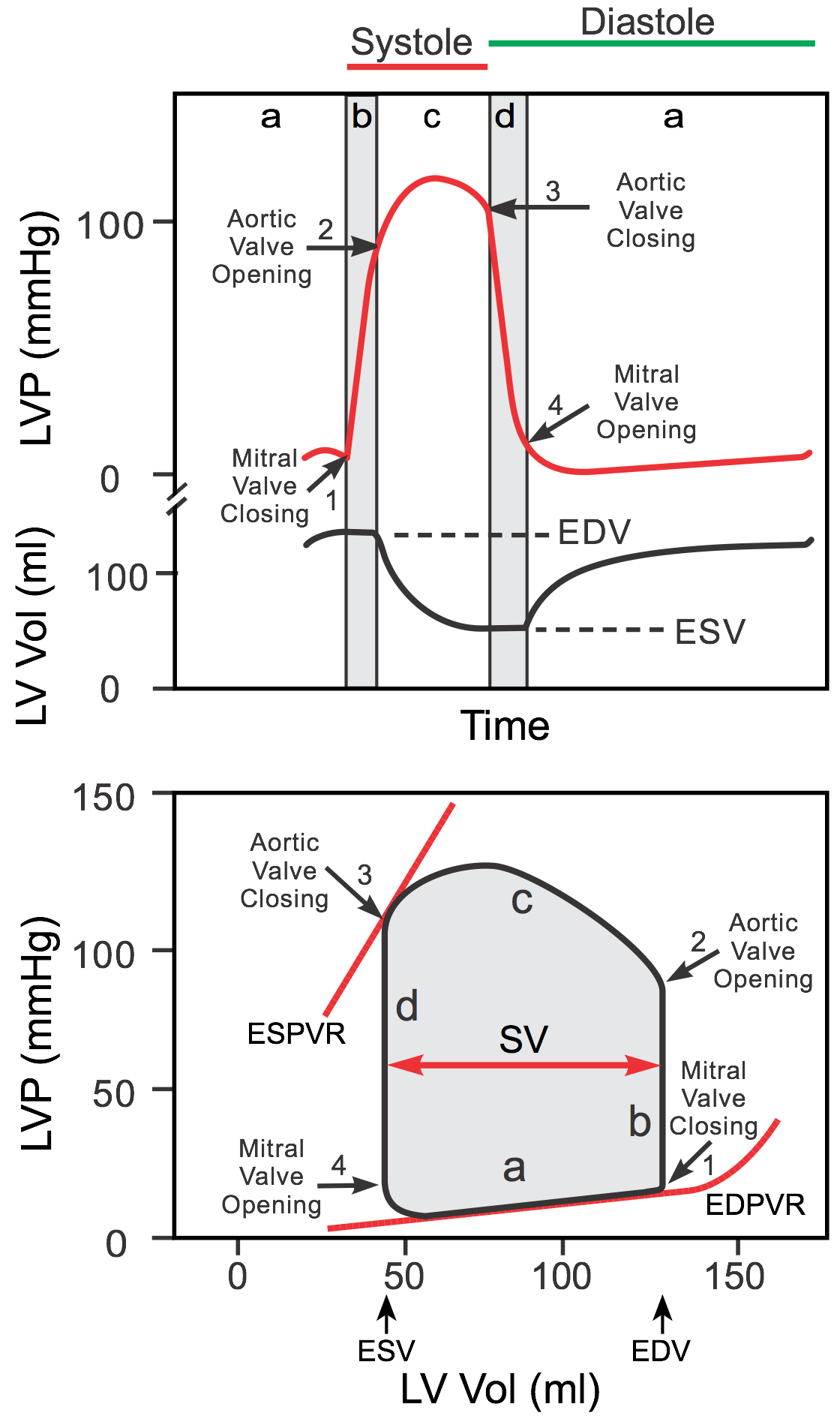 Total electromechanical systole (Q-S2 or Q-A2 interval): It is the period from the onset of QRS complex to the closure of the aortic valve, as determined by the onset of 2nd heart sound.

Left ventricular ejection time (LVET): It is the interval between the carotid upstroke and the dicrotic notch.

Cardiac cycle is the foundation upon which you build up the knowledge of the cardiology.