Understanding of the Boutonniere and Swan neck deformity requires clear concept of the finger extensor apparatus, which has been discussed here.

The extrinsic extensor tendons trifurcate giving a central slip which attaches to the middle phalanx base and two lateral slips which join with lateral band (formed by intrinsic muscles – interossei +/- lumbricals) to form conjoined lateral tendon. The triangular ligament (of stack) connects the conjoined lateral band over the proximal phalanx. Transverse retinacular ligament connect the lateral bands to PIP joint volar plate. The conjoined tendons on either side converge at base of distal phalanx as terminal extensor tendon. The lateral bands lie volar to the axis of rotation of MCP joint and dorsal to the axis of rotation of interphalangeal joints, hence functions as MCP joint flexor and interphalangeal joint extensor. Oblique retinacular ligament (ORL) arises from volar plate of PIP joint and flexor tendon sheath and insert onto dorsal base of distal phalanx and interlinks the IP joint motion.

Flexion of PIP joint and hyperextension of DIP joint

Flexion of DIP joint and hyperextension of PIP joint

a. Extrinsic type: Tightening of central slip due to excessive traction on extrinsic extensor tendon (EDC) due to muscle fibrosis, spasm, tendon adhesion or flexion deformity of wrist or MCP (elongates the course of extensor tendon)

PIP hyperextension relaxes the normal tension on lateral band leading to dorsal and central movement. With relaxation, lateral band loses the ability to extended the DIP joint. This leads to dropping of DIP into flexion.

Another contributing factor is the loss of the mechanical advantage of the oblique retinacular ligament in extending the DIP.

All the power of extrinsic tendon (EDC) is concentrated on central slip. Over time, the structures of the PIP joint are weakened and the PIP joint is forced into hyperextension.

Intrinsic tightness is demonstrated by comparing passive PIP flexion with MCP held in extension and flexed. With MCP extended, intrinsics are put on stretch and if they are tight, PIP joint will have limited flexion. If PIP joint flexion is restricted when MP joint is held in extension but not when MCP joint is held in flexion, patient has positive intrinsic tightness test. If PIP cannot be flexed even with MCP joint in flexion, then it is due to joint capsule tightness or contracture. 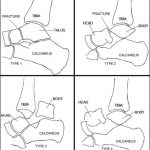 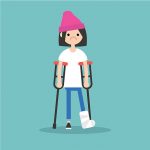 Child with a limp : Mnemonic Approach 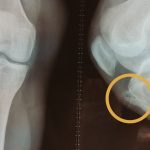 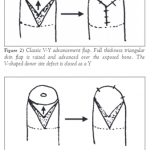