Definition: Sebaceous glands are numerous microscopic glands in the dermis that usually open into the hair follicles and secrete sebum. They are holocrine glands, i.e., the sebum consists of the entire secreting cells.

Location: Found everywhere on the skin apart from the palms and soles

1. Multilobed gland: made up of lipid containing cells, which secrete sebum as a holocrine secretion 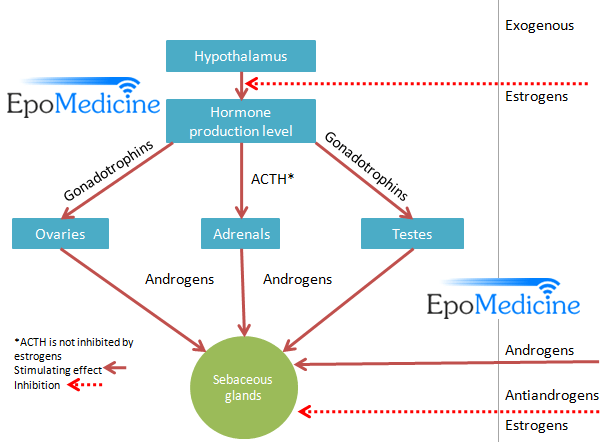 At birth the sebaceous glands are functional, but after that they become less active until puberty.