Sleep is a vital part of life, as it allows our bodies to rest and recover from the previous day. The average healthy adult needs between seven and nine hours of sleep every night, whereas older adults, teenagers, young children, and infants need more. And this refers to good, quality, uninterrupted sleep.

However, not everyone is able to get the necessary amount of sleep or even the quality of sleep needed every night to be able to function the next morning. This is what’s known as a sleep disorder, and here are the five most common.

Insomnia is described as the inability to fall asleep or stay asleep. It’s a very common sleep disorder that affects up to half of the adult population in the United States. There are three types of insomnia:

There are many causes of insomnia, with some of the most common being stress, depression and anxiety, post-traumatic stress disorder (PTSD), medical conditions, and certain medications. Other causes of insomnia can be treated easily without the help of a doctor if it’s caused by alcohol, caffeine, or nicotine use; eating too much and too late at night; poor sleeping habits or a poor sleeping environment; or a work or travel schedule.

Acute and transient insomnia may not need to be treated, as these two types are usually caused by something that can be fixed by the individual. Chronic insomnia almost always requires treatment by a medical professional, and it’s usually treated with behavioral therapy. OTC (over-the-counter) sleeping pills may make insomnia worse or make you dependent, so consult a doctor if you believe you have insomnia.

Narcolepsy is a chronic sleep disorder that causes excessive drowsiness during the day, causing people to fall asleep randomly. This can either occur in short intervals or for longer periods of time.

It’s uncertain what exactly causes narcolepsy, but genetics may play a small role in it. However, that may not be the case because there’s a very slim chance (1%) that a parent with narcolepsy will pass it on to their children. Narcolepsy is also more likely to develop in individuals between the ages of 10 and 30.

Unfortunately, there are no known cures or treatments that have been proven to be effective. The main focus, however, is keeping the person safe from hurting themselves and others during the night.

RLS is a nervous system-related sleep disorder that causes an irresistible urge to move the legs during the evening due to an unpleasant sensation, such as itching or throbbing.

RLS can be caused by pregnancy, certain medications, and possibly another sleep disorder. It can also be caused by alcohol, caffeine, tobacco use, or by a chronic disease.

Some home remedies for RLS include leg massages, hot baths, heating pads, or even an ice pack. In more severe cases, medication can be prescribed.

Sleep apnea is characterized by the stopping and restarting of breathing during the night, and it’s actually a lot more common than many people think. This interruption of sleep can cause the sufferer to wake up choking and gasping for air. There are two types of sleep apnea: obstructive sleep apnea (OSA), where there is a physical blockage of the airways, and central sleep apnea (CSA), where there is no blockage but the brain fails to tell the body to breathe.

The main cause of sleep apnea (OSA) is carrying excessive weight. Other factors may also cause sleep apnea, such as naturally narrow airways, smoking, use of alcohol or tranquilizers, nasal congestion, or certain medical conditions.

Maintaining a healthy lifestyle is just one way to get a better night’s sleep, as some sleep disorders have nothing to do with lifestyle. If you’re experiencing a sleep disorder, consult your doctor to help you determine the best course of action. 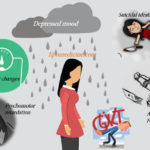