To make an appropriate diagnosis through a chest radiograph, it must be analyzed in a systematic manner. One of the common mistakes that students do is to miss the regions that needs to be looked for – commonest being the rib fractures. A mnemonic has been devised for this purpose: ABCDEFGHI

A) Assessment of Quality: 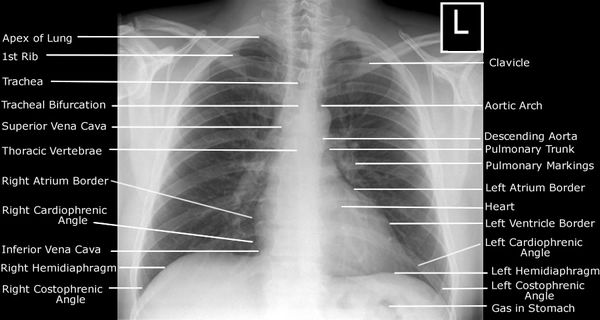 B) Bones and Soft tissues:

You can develop your own sequence of viewing X-rays but make sure that all the areas are covered so that the pathology is not missed. Generally, in examinations going from “out to in” or “in to out” is preferred.

One Viewpoint 💬 on “Systematic Approach to Frontal Chest X-ray”