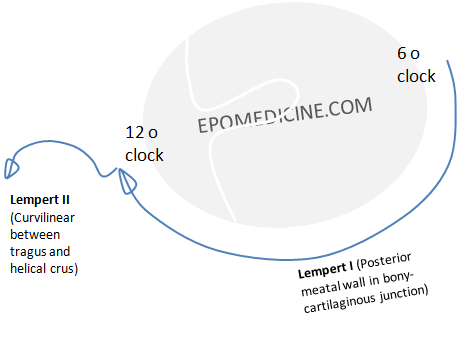 In children, the incision is shorter and horizontal to avoid injury to the facial nerve as mastoid is not well developed and the stylomastoid foramen (from where facial nerve emerges) lies superficially