Before we start to develop our understanding of the drug eruptions. Let’s first lay down the foundation by clearing some basic concepts.

This is a hypersensitivity disorder of the body’s immune system; so, it starts producing a damaging inflammatory reaction to the substances against which a healthy immune system is not supposed to respond or response is so intense that it produces marked collateral damage.

These are those undesirable reactions that accompany the desirable effects of a drug. They include; drug side effects, drug-drug interaction, drug toxicity & associated illness, and drug allergy.

The inflammatory reaction which is initiated by a hypersensitive immune system can produce damage to any organ, e.g. acute tubular necrosis in the kidney or drug eruptions in the skin.

What are Drug Eruptions?

Adverse inflammatory reactions involving the skin and its appendages or mucous membrane produced by drugs.

a. Type I reaction

The spectrum of Drug Eruptions

The spectrum of the disease range from a Clinically mild and unnoticed rash to a severe cutaneous adverse reaction (SCARs) that may be life-threatening.

Drug eruption shows a wide range of morphological lesions. Anything you can think of, anything you have seen, and something that you don’t even think of can be due to drugs.

While going through drug eruptions it is important to appreciate the morphology and physical features of drug eruptions and drugs commonly associated.

It includes a group of five diseases:

Sloughing of skin and mucosa

Target lesions and mucosal involvement most commonly involved mucosa are oral cavity and conjunctiva. Extensive involvement of respiratory mucosa can lead to respiratory failure and the need for mechanical ventilation.

The difference is a function of involved total body surface area as follows:

Characterized by the eruption of sterile pustules 2-5 days after exposure to a drug commonly distributed in the flexure regions; armpit, groin.

Associated with fever, malaise, multiorgan involvement, although rare but fatal

Persists for one to two weeks and then the skin peels off with desquamation as it resolves.

Clinical notes
By going through this you will get to know which aspects of the eruption you have to focus to develop diagnosis and managing pt.

How to deal with a case of drug eruption

a. Relevant Points in History

Sudden Symmetric cutaneous eruptions in any pt. taking any medication.

a. Inspect mucosal membranes for any lesion or swelling

Describe the lesion/s as a function of:

The suspected drug patch is applied to the skin for 48 hours development of papules, vesicles or edema will show a type IV reaction to that drug.

Educate patient about drug eruption and offending drug which has to be avoided in future.

She is a compassionate individual with excellent presentation, research, and communication skills. Organized and driven with an impressive list of achievements and excelling within high-pressure environments, she is skilled at applying various learning methods and tools to make study easy. She is interested in reading and writing medicine-related articles. 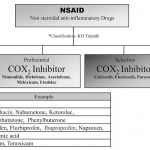